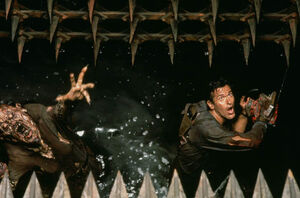 The Pit was a location in the interior of Castle Kandar, it was used to hold Deadites and to throw in Arthur's enemies.

Not long after Henry the Red was captured, one of his men and even Ash was thrown into the Pit, as Arthur didn't believe The Wise Man's statement that Ash was the chosen one and instead thought him one of Henry's men. Ash fights the two Deadites in the Pit, beheading one with his Chainsaw and leaving the other Deadite to get trapped and crushed between the spike walls. Ash manages to escape the pit before crushed himself by wrapping his belt on a chain, which then pulled him out of the Pit.

Shortly after this, Ash shoots the Deadite back into the pit, the creature having survived being impaled, had also used the chain to escaped. 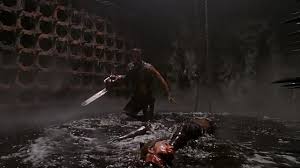 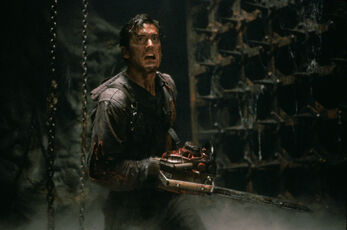 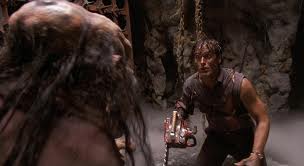 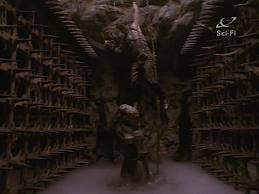 Escape from the Pit 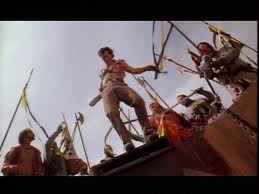 Ash about to fall in the Pit 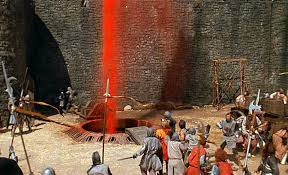 The first victim of the Pit
Community content is available under CC-BY-SA unless otherwise noted.
Advertisement