Tales From The Rift

"Tales From The Rift"

Regan Hall
"Tales From The Rift" is the sixth episode of the third season of Ash vs Evil Dead and the twenty sixth episode overall in the series. It was written by Aaron Lam and directed by Regan Hall.[1] It premiered on April 1, 2018.

Ash teams up with the Knights of Sumaria while Kelly confronts Ruby solo, an act that would prove to be fatal.

Inside Ruby's hideout her demon spawn is undergoing a major metamorphosis, much to Ruby's delight.

Ash is contacted by a squad of armed Knights of Sumeria (named Zoe, Marcus, Peter and the unnamed 4th man) who came to reinforce Ash at Dalton's request, who tells them fates of Dalton and Gary. He then takes them to his hardware store basement to investigate the Sumerian writing left by Gary before his demise. They deduce that Gary had figured out a way to open the rift to Deadlands. Meanwhile, Pablo foresees Ash might be in trouble and speeds off to aid him. Pablo arrives at the store and is able to decipher the text, opening the rift. One of the Knights, Marcus, travels through the rift for reconnaissance, only to come back as a Deadite and physically fuses with the other two (a la The Thing, Tyrant from Resident Evil and Flooded from Halo series) Knights. Ash, after grueling and bruising battle, manages to take down the Deadite. By the end of this battle only one knight out of four, Zoe, remains alive, visibly shaken by the loss. Ash then instructs Pablo to find out how to close down the rift for good and orders Zoe (who managed to regain her cool) to secure the remaining missing pages of Necronomicon.

Simultaneously, while the event mentioned above was taking place, Kelly goes to Ruby's hideout with the Kandarian dagger, intending to kill her: an incredibly reckless act that would soon prove to be fatal. Ruby, although initially taken damages, being an immortal demon with supernatural strength, ultimately overpowers Kelly and kills her in a most ironic way, with the Kandarian dagger. Pablo, at Ash's hardware store basement, felt a sudden, unexplained and violent loss of life force from distance and realizes something is very wrong but he at the time was too busy dealing with the Rift and Marcus-Deadite. Ruby then uses Kelly's body as a vessel for the sorceress Kaya who, with help of Ruby, finally frees herself from Necronomicon that imprisoned her for millennia. Ruby then instructs Kaya/Kelly to infiltrate Ash's team and drive wedge between Brandy and Ash.

Ash hurriedly returns home later that night and receives the dagger from "Kelly". Unaware that his team is now missing a core member and has a rat in his house. 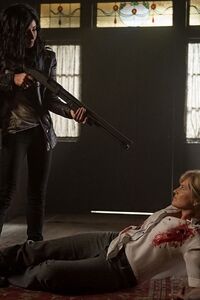 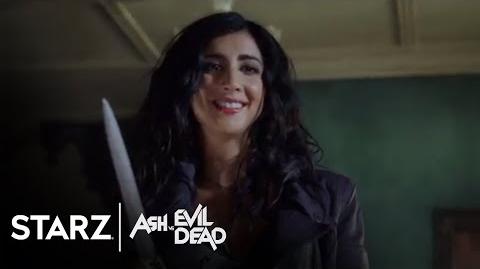 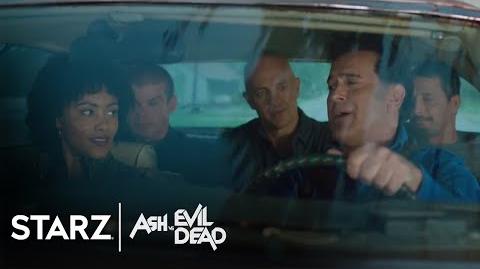 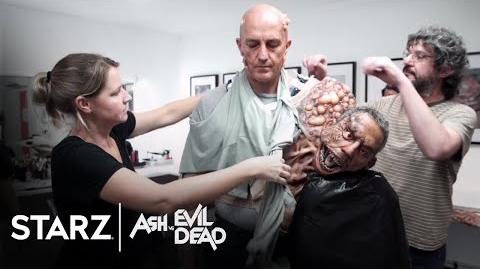