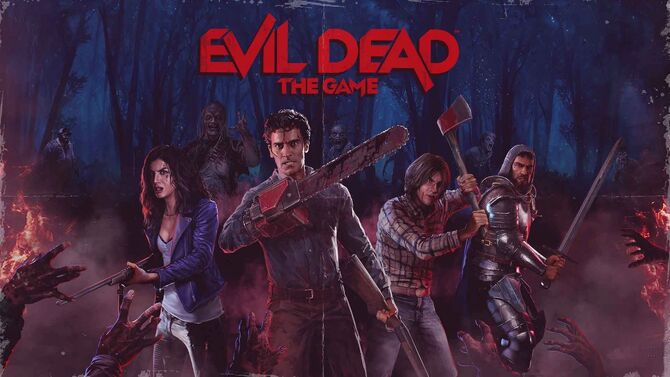 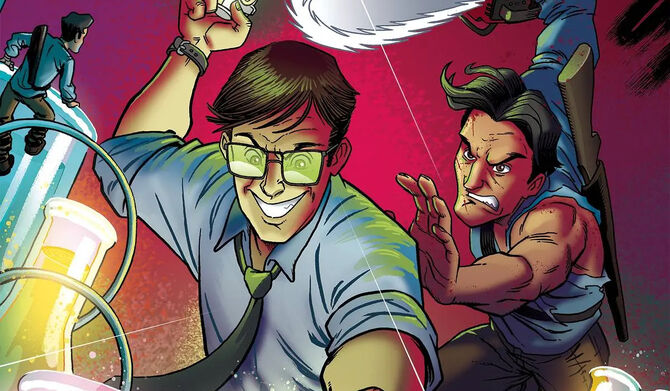 The ultimate experience in virtual horror. May, 2022.

Evil is unleashed on the Bronx!

The Evil Dead series of films are one of the most popular and influential cult classic films of all time. The films were directed by Sam Raimi, produced by Robert Tapert and starred Bruce Campbell. This wiki celebrates all aspects of the films and is a good resource to find anything about The Evil Dead franchise, from the original movies, television series, video games - including the new title for 2021, comic spin-offs, theme park attractions, and the musical. To become a part of our community, please look through our helping out section on the right to contribute an article or your own edits. Please also read and understand the policy of this wiki.

Ash vs Evil Dead–
Ash is back in a new TV series! Bruce Campbell reprises his role as Ash Williams, the aging lothario and chainsaw-handed monster hunter who has spent the last 30 years avoiding responsibility, maturity and the terrors of the Evil Dead. When a Deadite plague threatens to destroy all of mankind, Ash is finally forced to face his demons – personal and literal.“
Read more

Ash vs Evil Dead Who's Your Daddy? Sex STARZ

To write a new article, just enter the title in the box below.

Not sure where to start?

I believe that they should add Danny Webber to the "Portrayed By" section of ash sense he did voice him in Poker Night 2.

I am working on a personal game that I'm calling "Evil Dead Simulator" for now. I am making this because I need more practice with coding and long-term games. I won't release this game online for sev…

13 spine-chilling shows to keep you inside this summer  Entertainment Weekly News...

Go to these sites for info or for help with your own wiki!

Want your community included? See how!