Ash is arrested and taken to the Elk Grove Sheriff Station where he meets up wth his friend Chet who has been arrested for drunk driving and solicitation of a prostitute. Ruby, Kelly and Pablo arrive to try and get him buts things go awry as Baal infiltrates the station and tries to turn everyone against each other, almost succeeding. One of his skinless victims revives and attacks the station, killing the Joanie the prostitute and nearly killing Ash, Ruby blows off its head and Ash use his chainsaw to bisect it horizontilly. 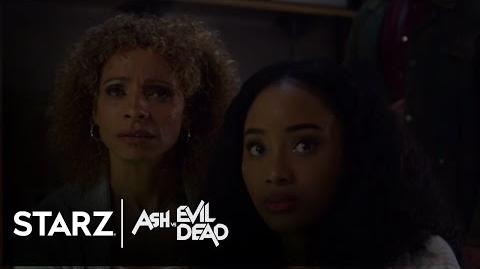 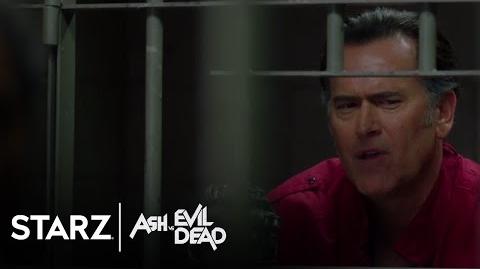